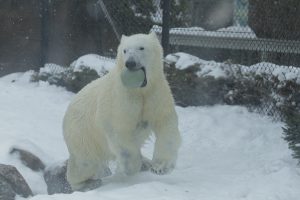 (Ursus maritimus) are listed on the International Union for Conservation of Nature (IUCN) Red List as a vulnerable species and as a threatened species under the Endangered Species Act due to loss of Arctic sea ice from climate change. Current IUCN estimates place the population status at approximately 26,000 bears in the wild. In recent years, some of the 19 known sub-populations of polar bears have seen decreasing numbers due to warming Arctic temperatures which causes a reduction in sea ice, the main location for polar bears to hunt seals, breed and construct dens. As the sea ice melts, polar bears are forced to walk or swim farther to reach their prey (seals). Although powerful short-distance swimmers, polar bears cannot swim for days or weeks on end. Mature bears starve to death and younger cubs drown. Additionally, the reduction in sea ice also causes polar bears to spend more time on land which has put them in greater contact and conflict with humans.

So what can we do to help the great white bear?

We can all work at reducing our individual carbon footprint. The term “carbon footprint” refers to how much carbon dioxide (CO₂) each person, group or company’s daily activities put into the Earth’s atmosphere. Contributing negative factors, include electricity usage, burning of coal and oil, length of commute to school or work and consumption of good and services produced overseas. Positive factors include, energy efficient vehicles and appliances, recycling and conservation efforts and even the number of trees and plants in your yard. Carbon footprints are important because CO₂ is a greenhouse gas, meaning it traps heat in the Earth’s atmosphere. This heat, in turn, is melting sea ice and warming air and water temperatures. 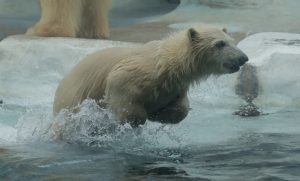 Your Zoo is also doing its part by participating in the Association of Zoos and Aquariums (AZA) Species Survival Plan (SSP) for polar bears. This cooperative breeding program helps to ensure a healthy, genetically diverse and lasting captive insurance population of polar bears. Over the last ten years there have been approximately 10 successful polar bear cub births in the U.S., with the majority happening at the Toledo Zoo. In fact, the Zoo’s own assistant director of animal programs, Dr. Randi Meyerson, is the polar bear SSP coordinator and advisor to the world-renowned polar bear conservation organization, Polar Bear International (PBI). PBI has also designated the Toledo Zoo as an Arctic Ambassador Center. Zoos designated as Arctic Ambassador Centers strive for bear-friendly exhibits with extensive enrichment activities to stimulate the bears to be active and content. Arctic Ambassador Centers also support PBI research projects, educating the public about climate change and providing leadership for greenhouse gas reductions. Come visit Hope and her mom, Crystal, in the Arctic Encounter exhibit that the Toledo Zoo! 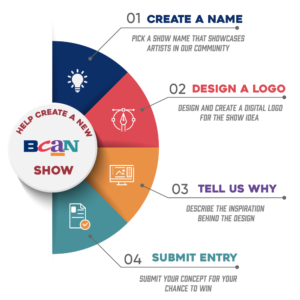