As a life-long Toledoan and professional musician, who better to host and produce the Toledo-based music show Rise Up than Eric Oblander.  For over two decades, Eric has toured North America and Europe as a musician and singer with bands such as Five Horse Johnson and Clutch. Also having a passion for video production, Eric completed his Bachelor’s Degree in Visual Communications Technology from Bowling Green State University.

As a dedicated family man, a working musician, and Emmy-nominated producer/editor with BCAN, Eric loves taking on new challenges in developing, producing and creating new shows such as 419 By Design and Rise Up Live.

All month long, Tylar Thomas of @TCTPhotography in

Tonight during Rise Up, we're learning about the l

A place of expression, freedom and creativity! The

Setting up students for success! @toledopublicscho

This Sunday during BCAN Pulse, we're checking out

Have you heard of the @vproject.nwo? It's a local

We ❤️ Kelleys Island and we're heading there t

Art is fun, colorful and creative! @officialbgsu a

Buckle up, it's time to hit the road with another

"Mental health is just as important as our physica

Have you checked out Art on Market Shoppes? It's a

You ready? A new Rise Up is coming your way this S

Taking a trip back in time! We're checking out @sa

The weather is warming up, so grab your bike and h 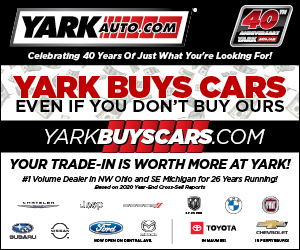